Blessed Be Dua Lipa’s ‘The Handmaid’s Tale’ Knowledge: Watch Her Get ‘Quizzed’ by Yvonne Strahovski

Dua Lipa has watched The Handmaid’s Tale four times — but how much does she really know about the show? Emmy-nominated actress Yvonne Strahovski, who plays the troubling Serena Joy on the Hulu series, put the pop singer to the test in Billboard’s latest episode of Quizzed.

“Four times?” Strahovski asked in disbelief when Lipa admitted to how many times she’d watched the show.

“Every time I would tell a friend about it, and they hadn’t seen it, I was like, ‘Oh, well I’ll watch it with you.’ So I just watched it four times,” Lipa replied, before adding that it definitely doesn’t get easier to watch the emotional scenes. “It gets harder and you get almost more emotionally invested in the storyline to the point where my boyfriend’s in the kitchen and needs some help, and I’m like, ‘Well, of course you want me in the kitchen!’ He’s like, ‘OK, we need to stop watching this show.’”

While Lipa struggled at the beginning of the True or False first round, she hit her stride with a string of correct answers. When accurately identifying that Nick did not want to sleep with Eden because of her age rather than to prove that he wasn’t a so-called “gender traitor,” the singer asked Strahovski if she remembered the scene the right way.

“Um, yes? You’ve seen the show four times. I haven’t,” the actress replied with a laugh.

After the next two rounds, the pop singer ultimately ended up earning a “gold medal” from Strahovski, “not only for answering the questions, but for watching four times.”

“I won’t shy away from that,” Lipa responded, accepting the honor.

Dexter’s Return Will Be A ‘Second Finale’ For The Series

At its best, Dexter was one of the sharpest shows on TV – a barbed, subversive serial-killer drama that dared audiences to side with Michael C. Hall’s mass-murder (albeit one with a stringent moral code, taking down the baddies who avoided legal justice) and watch with baited breath as he narrowly evaded detection from his own police squad. That freshness made it all the more disappointing, then, when the final seasons went completely off the boil – culminating in a finale that often ranks in lists of the worst (or, most disappointing) endings of all time. All of which made the recent news that Dexter is returning for a one-off revival series on Showtime both surprising and rather exciting – a chance to maybe alter the show’s lasting legacy.

And that’s partly how showrunner Clyde Phillips sees is. Speaking on The Hollywood Reporter’s TV’s Top 5 podcast, the series boss (who left the original run after the much-celebrated Season 4) opened up about what exactly the new series will be – and posited it as a ‘second finale’ for Dexter. “We want this to not be Dexter season nine,” he said, adding that the new series will pick up several years after the original ending. “10 years, or however many years, have passed by the time this will air, and the show will reflect that time passage. In so far as the ending of the show, this will have no resemblance to how the original finale was. It’s a great opportunity to write a second finale for our show, and Showtime was very gracious about that.”

By the sounds of it, the new series won’t walk back the events of the Series 8 finale – but it should continue them to a more satisfying place. “I believe that [Michael C Hall] was not completely satisfied with it, and this is an opportunity to make that right, but that’s not why we’re doing it,” Phillips said. “We’re doing this because there is such a hunger for Dexter out there. […] We’re 10 years later. We’re not undoing anything. We’re not doing movie-magic. We’re not going to betray the audience and say, ‘Oop, that was all a dream.’ What happened in the first eight years happened in the first eight years.”

It’s early days on the revival series yet, but current plans have it down for an autumn 2021 release. Here’s hoping Dexter manages to retrain as something other than a lumberjack within that time. 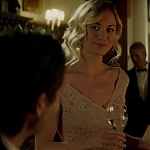 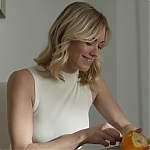 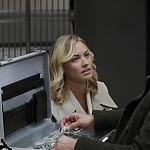 Yvonne turns 38 today and we want to wish her the best of birthdays! We wish happiness, health, love!