Yvonne Strahovski was just as shocked as everyone else by her character Serena Joy Waterford’s surprise pregnancy this season on The Handmaid’s Tale, but she says the real surprises are still to come.

“It’s really interesting. I mean, it kind of reads like a slap in the face, doesn’t it?” she tells EW of the pregnancy. “I guess that’s what it is to June and the other characters who got out and are now in Canada.”

Serena and Fred (Joseph Fiennes) have spent the season – and pregnancy – in a detention center in Canada awaiting trial for their Gilead crimes, while their former handmaid June (Elisabeth Moss) has finally gotten free and reunited with her husband and friends up north.

For those who don’t quite know how to feel about Serena, or whether we should ever trust her, Strahovski says she can relate. “I wouldn’t trust her as far as I could throw her either,” she says with a laugh. “I think for the first few seasons people were kind of trusting that perhaps she could turn a corner and she could change, but I think what was really important for me to explore this season was kind of the freedom in which she allows herself to kind of really be more strategic in how she wants her future to evolve.”

She continues, “Specifically, I’m using the word freedom even though she’s in detention, and she doesn’t really seem so free, but I wanted to play around with that. That energy of freedom in her relationship with Fred, with Mark Tuello, with June and with Rita, the key people that she sees in her limited time and space, and how everything really does become strategic at this point, because she’s in prison essentially.”

One of the season’s most dramatic reunions so far was when June went to visit Serena in prison, and as she begged for June’s forgiveness, June stood over her and yelled at her in very much the same way Serena did to June in season 1. “It is hard to trust her because you see the wheels turning in her brain even when she’s begging for forgiveness from June,” Strahovski says of that scene. “I think there’s a huge genuine part of her that really does want that forgiveness, but it’s purely for selfish reasons. I think she believes that God is going to turn around and kill her baby if she doesn’t beg for forgiveness. It’s not because she is really that sorry, I don’t think.”

The final minutes of last week’s penultimate episode revealed that Fred agreed to give up Gilead’s secrets in exchange for his freedom, setting in motion what could be an explosive finale. Strahovski can’t say much, but when asked about the finale, she says that when she read the script, her “jaw was on the floor.”

“I’m genuinely excited about what everyone’s going to think about it, because for me personally, it’s the most satisfying season finale that Handmaid’s has had to date, so it’s just exciting,” she teases. “I can’t help but smile when people ask me about it, because I just can’t wait for everyone to see it.”

The season 4 finale of The Handmaid’s Tale will be available Wednesday on Hulu. 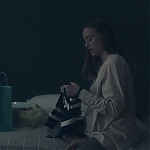 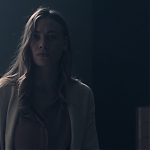 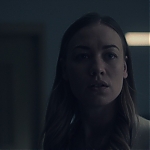 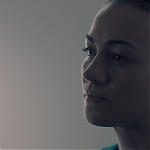 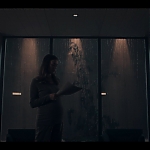 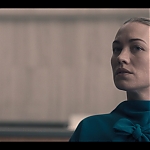 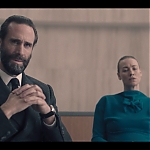 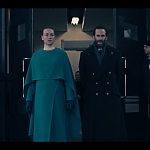 The Tomorrow War (2020)
Unknown
A man is drafted to fight in a future war where the fate of humanity relies on his ability to confront his past.